A few weeks ago, some of the Bangarang ladies & I headed to Bucharest for the weekend after securing ourselves some pretty cheap flights over Black Friday. None of us had ever been before, so it was going to be a fresh new experience for all, and our first big Bangarang trip together! Also, none of us realised just how far away Romania was until we were getting ready to board our 9am Saturday morning flight. The flight is just shy of 3 hours long, with Bucharest being 2 hours ahead of the UK, we finally arrived just before 2pm. By the time we had gotten through security, bundled into our taxi and lugged our suitcases up to the 3rd floor to our apartment, it was 3pm. As we would be flying out very early Monday morning, we very quickly wrapped up in all our layers and headed straight out to explore and find somewhere to eat. 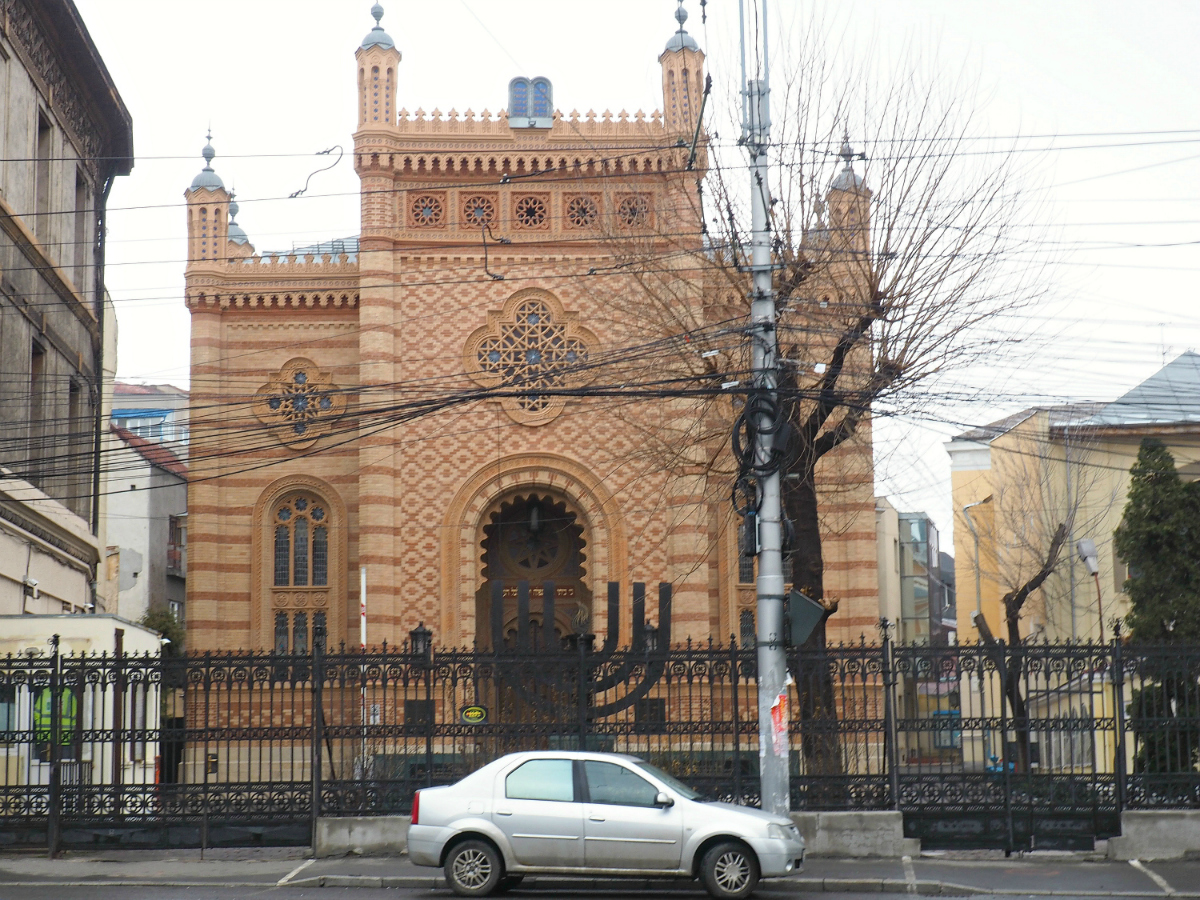 I hadn’t done any research before heading to Bucharest so I wasn’t really sure what to expect, but I know I wasn’t quite expecting this. 80% of the city is old and crumbling, but in the most delicately beautiful way. There were potholes and loose paving slabs every couple of steps. There were dishevelled bricks and exposed wires, not to mention overgrown plant life. But there were also intricate architectured roofs and colourful street art. We spent most of our time wandering around the Old Town, but to tell you the truth, I couldn’t tell when we were no longer in the Old Town.

Our walk would’ve taken any normal person around 10 minutes, but for 7 bloggers, it took around an hour, although it could also be partly due to the amount of time we spent in Cărturești Carusel, a beautiful bookshop that also sells wine – GENIUS! We eventually found our 1st Bucharest dinner destination, Distrikt 42, but I’ll have more on that in my food and drink round-up.

After dinner, we headed back to our apartment, making a pit stop at the supermarket for bottles of prosecco and big bars of chocolate. Within 20 minutes of entering our home for the weekend we were all changed into our pjs and gathered in the living room ready for the greatest game of Heads Up! 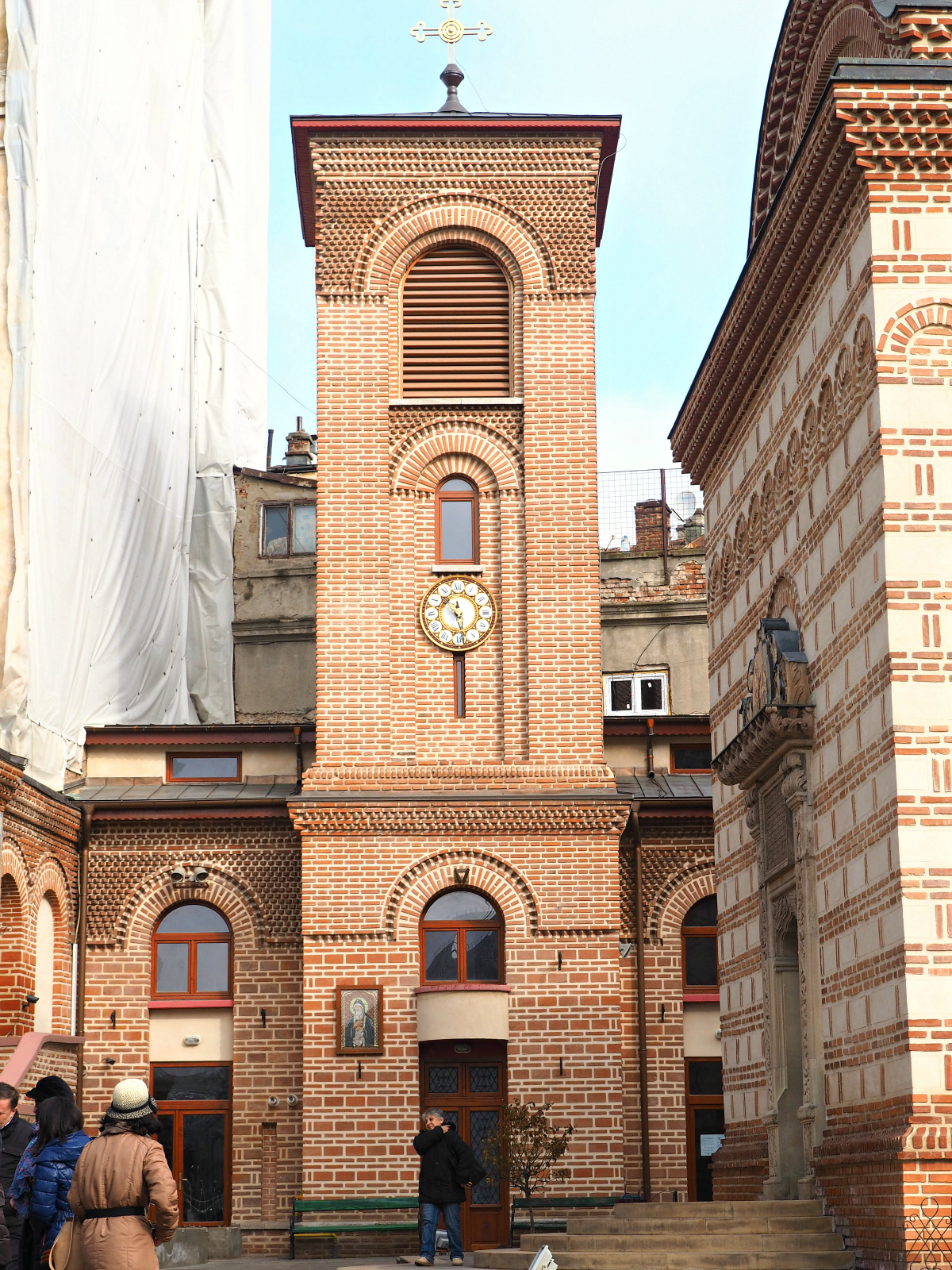 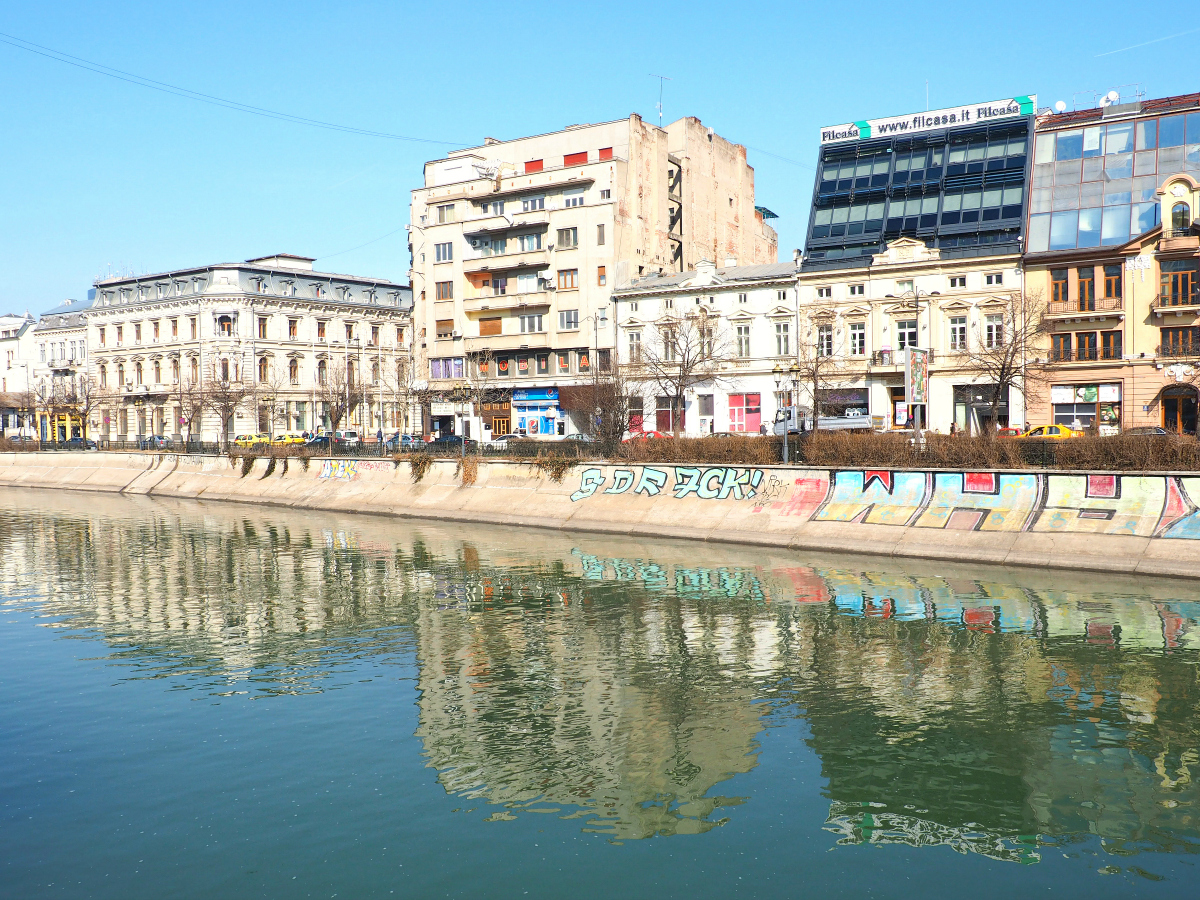 The next morning, we woke earlyish and headed out in search of food. After being falsely lured by the word ‘brunch’ into a coffee shop to find the only food they actually served was sandwiches we followed Google Maps to another place that we had in mind to find they only took bookings, so we walked, and walked, until eventually we found Fabrica. 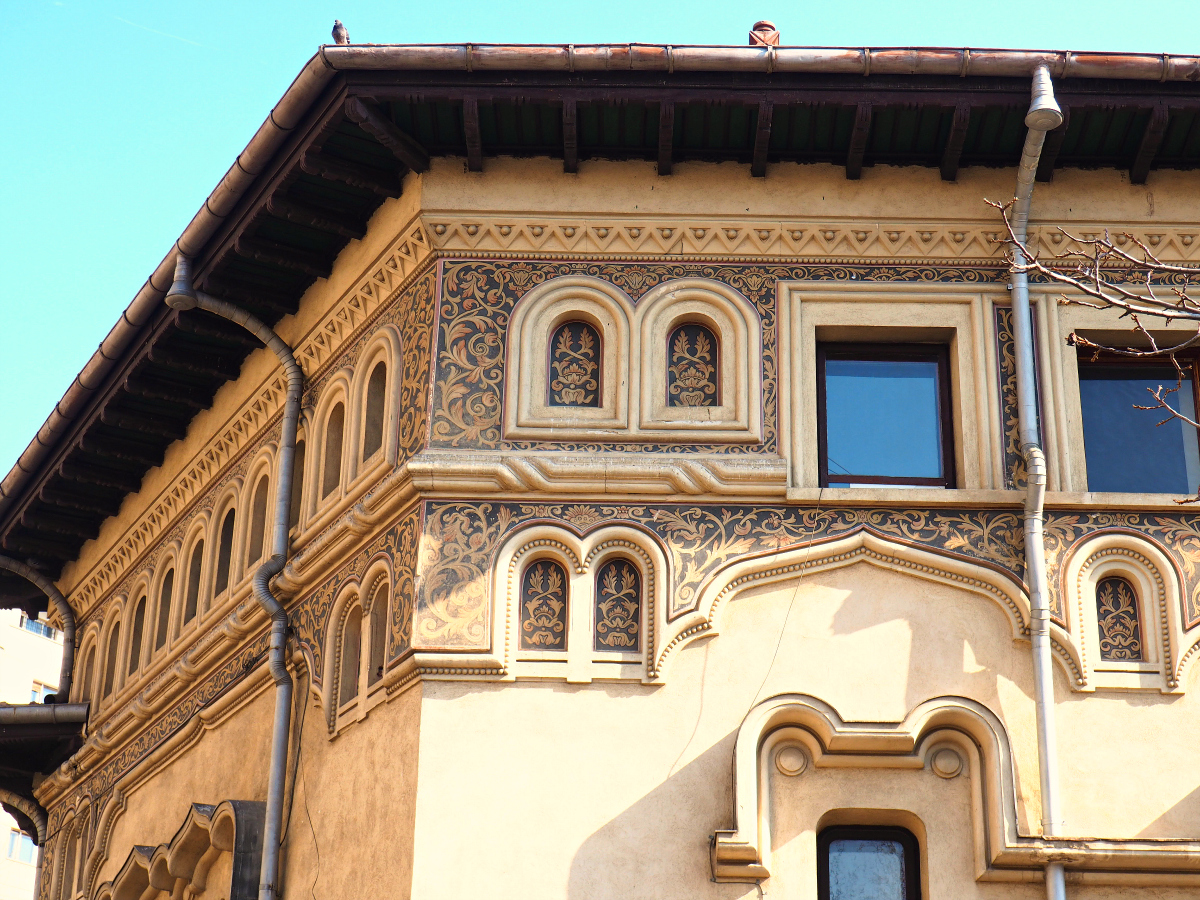 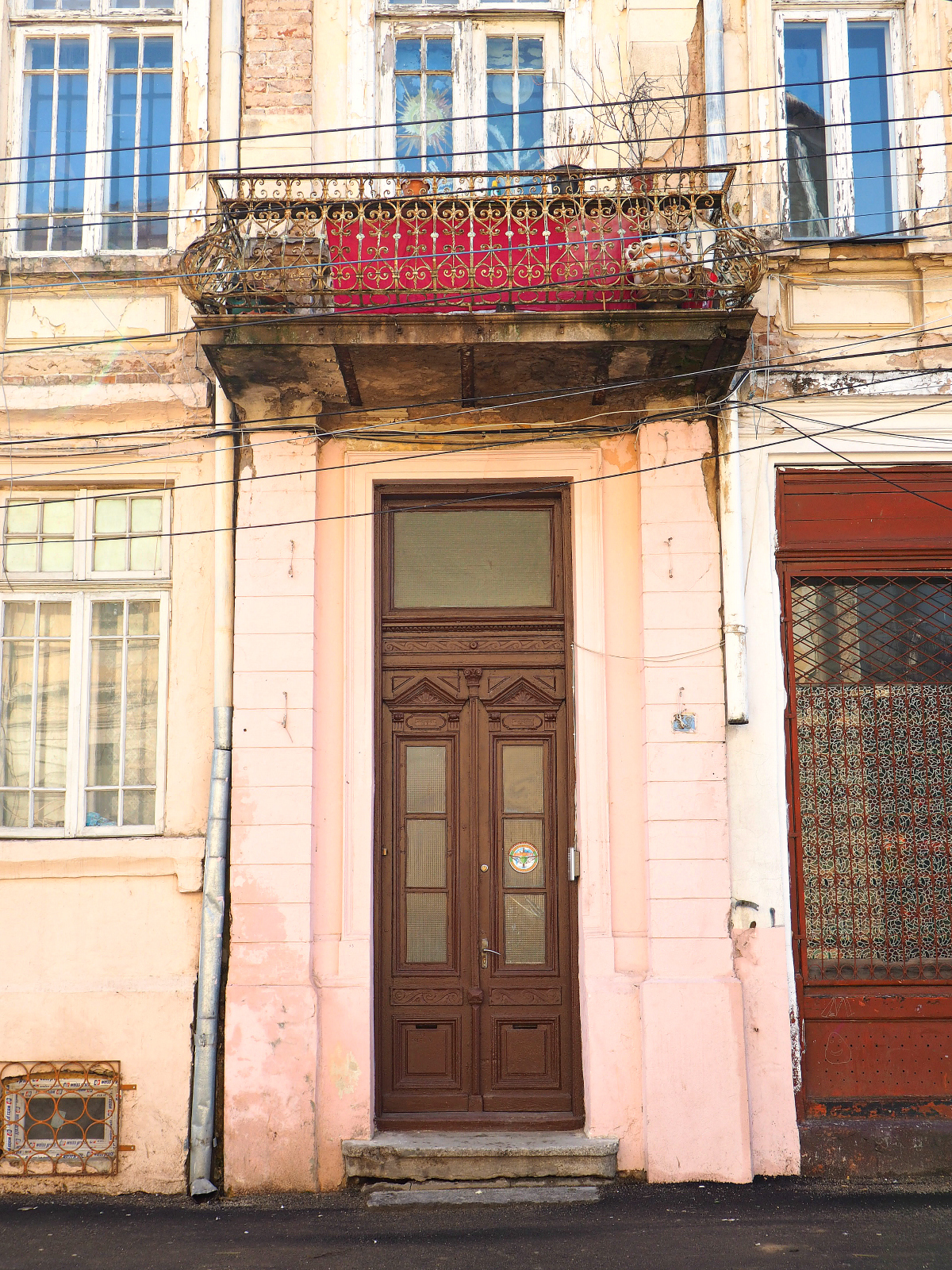 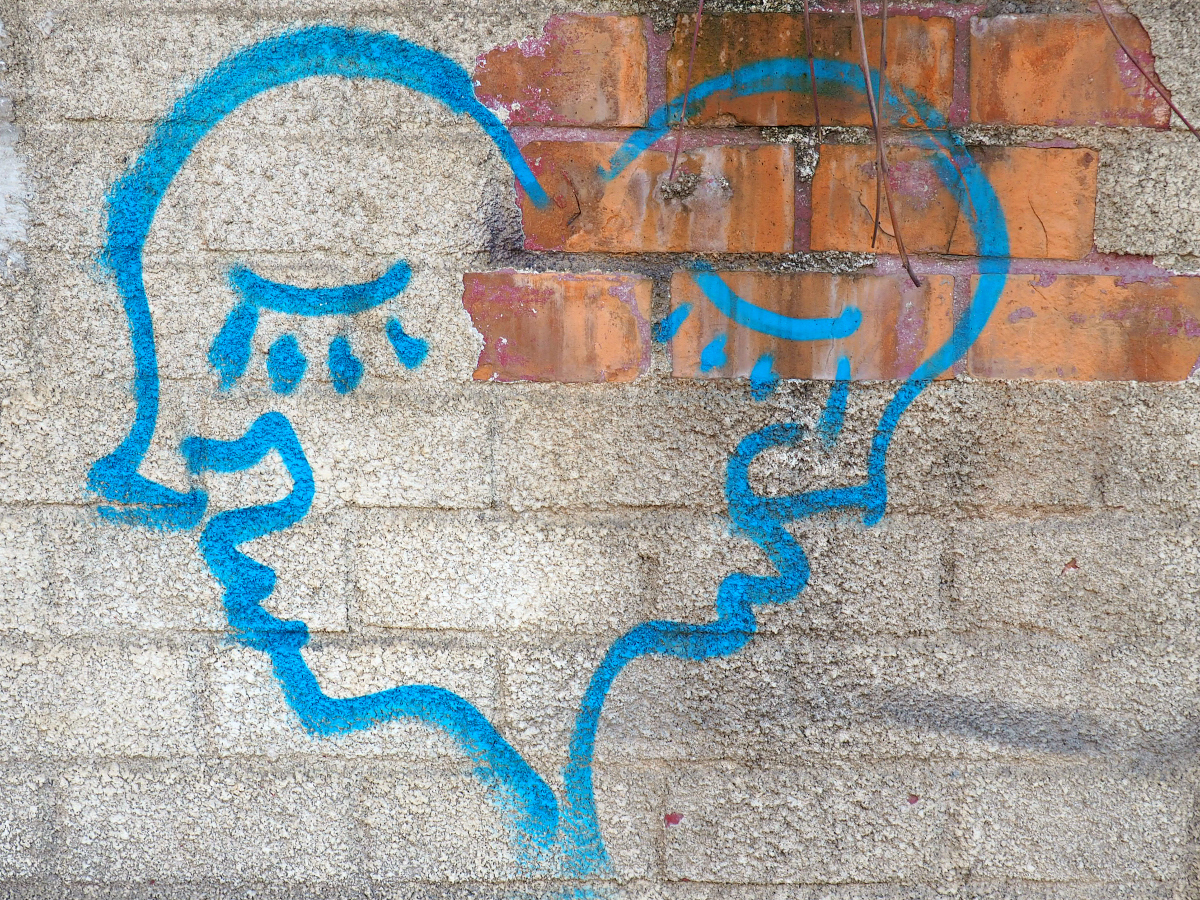 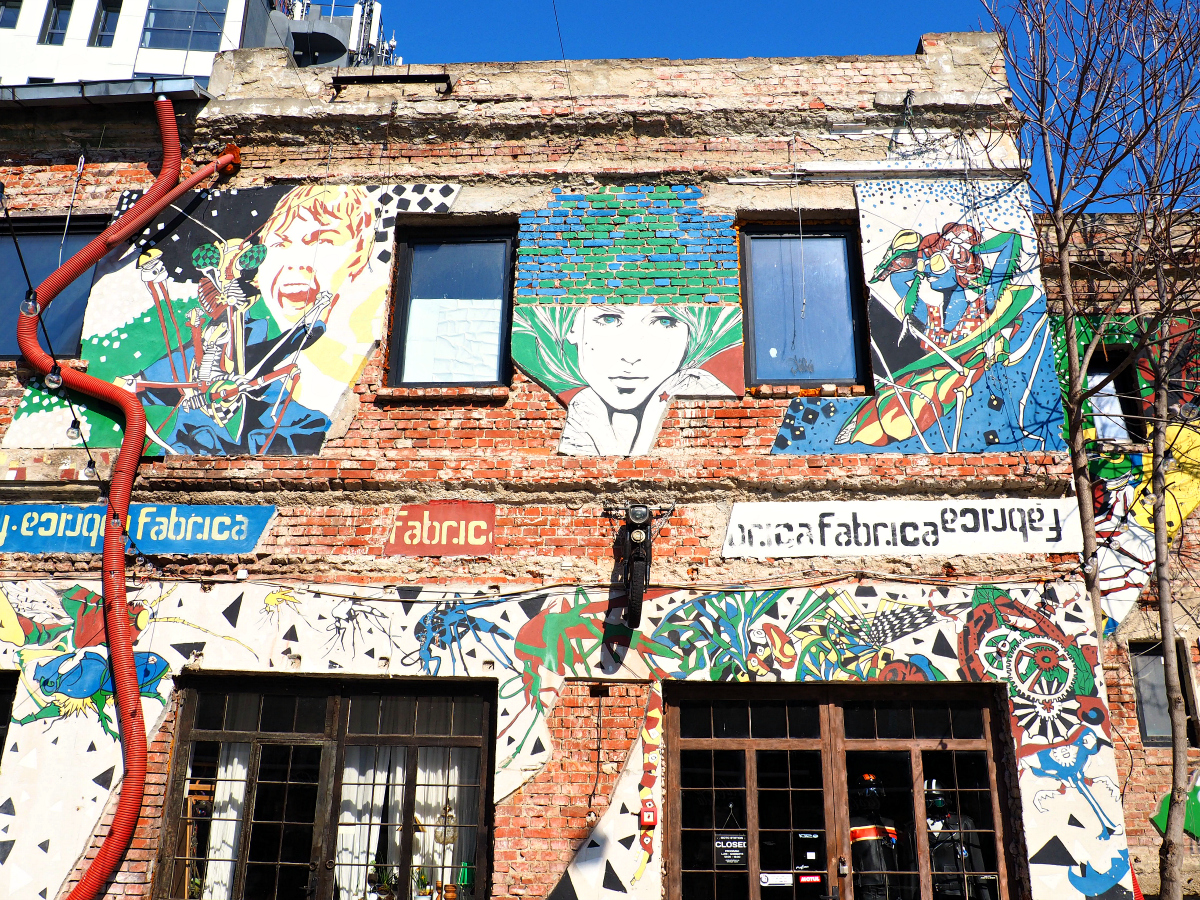 It looked promising. We settled at a table, quickly put in our orders (because hungry) and waited. 3 of us ordered crepes. They wouldn’t take too long to make, right? WRONG! All other orders of quesadilla and omelettes arrived and all were eaten, and yet Charlie, Erica & I were still waiting for our crepes. We could hear the manager arguing with the kitchen staff in Romanian. She eventually came over to apologise and told us our crepes would take another 15 minutes!! We’d already been waiting a good 40 minutes, probably more!! So we cancelled our crepes, paid our bill, and got the heck outta there in search of some quick food fixes for Charlie and Erica (I was pretty full from a previous freakshake). It’s a shame because Fabrica looked like a really cool place. It kind of reminded me of some of the artsy places in Berlin. I’d maybe go back to check out the live music venue upstairs. 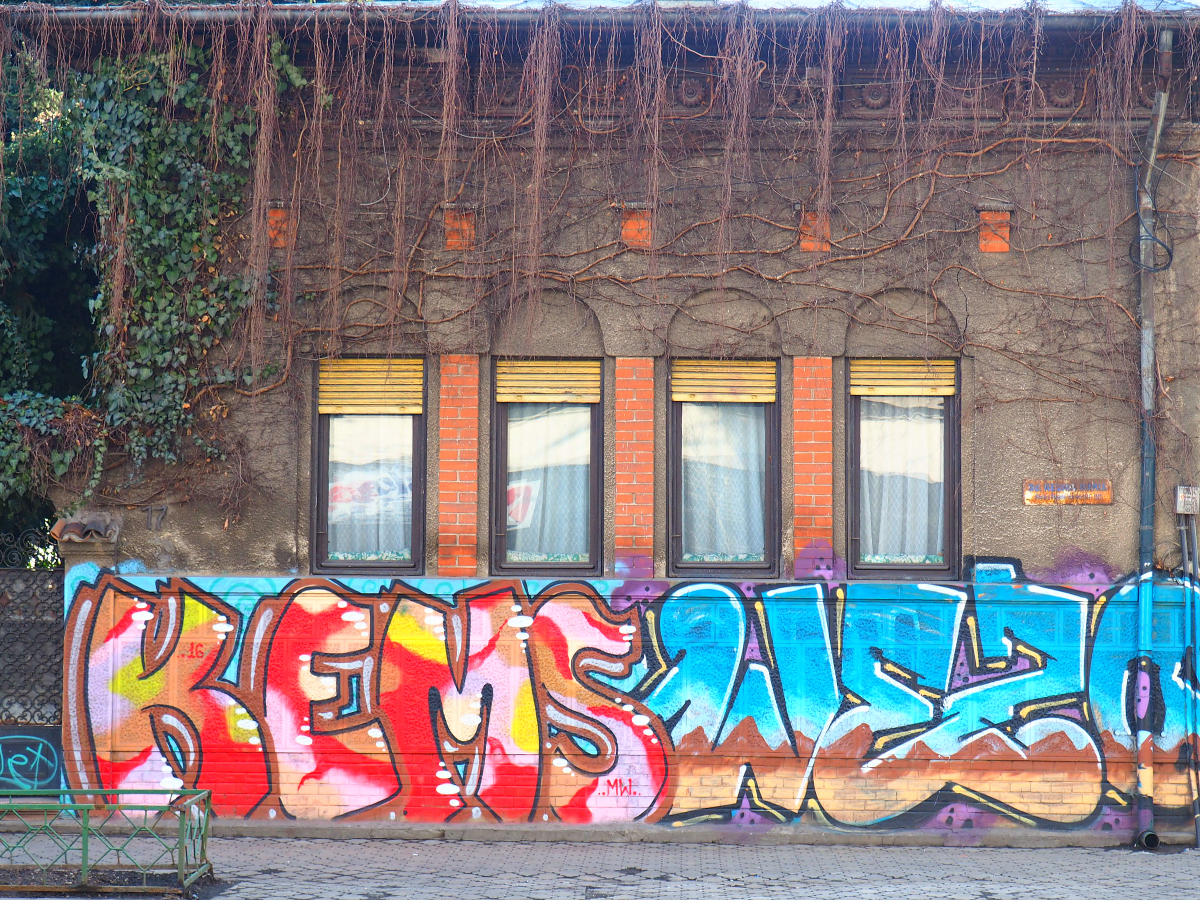 Charlie & Erica found a doughnut stall to cure their hanger. At this point, we split into 3 groups for about an hour. Erica wanted a little me time back at the apartment, the rest of the gang went on their own little wander, but Charlie & I fancied a spot of shopping. First up was Dalis, a cute store with girly vintage inspired pieces. They had a sale on where most of their stock was 50 lei (around a tenner each!), so of course I tried on half the shop and managed to whittle it down to just buying 3 pieces. We also found a discount store which sold stock from Zara at mostly 40% off where I spent even more money! Don’t worry, you’ll be seeing all the pieces very soon! Our hour of retail therapy was up, so we headed back to our arranged meeting spot. The original plan was to join a free walking tour of the city, but when we got to the meeting point, it was crowded and we couldn’t quite hear what the tour guide was saying, so instead we went on our own little tour. 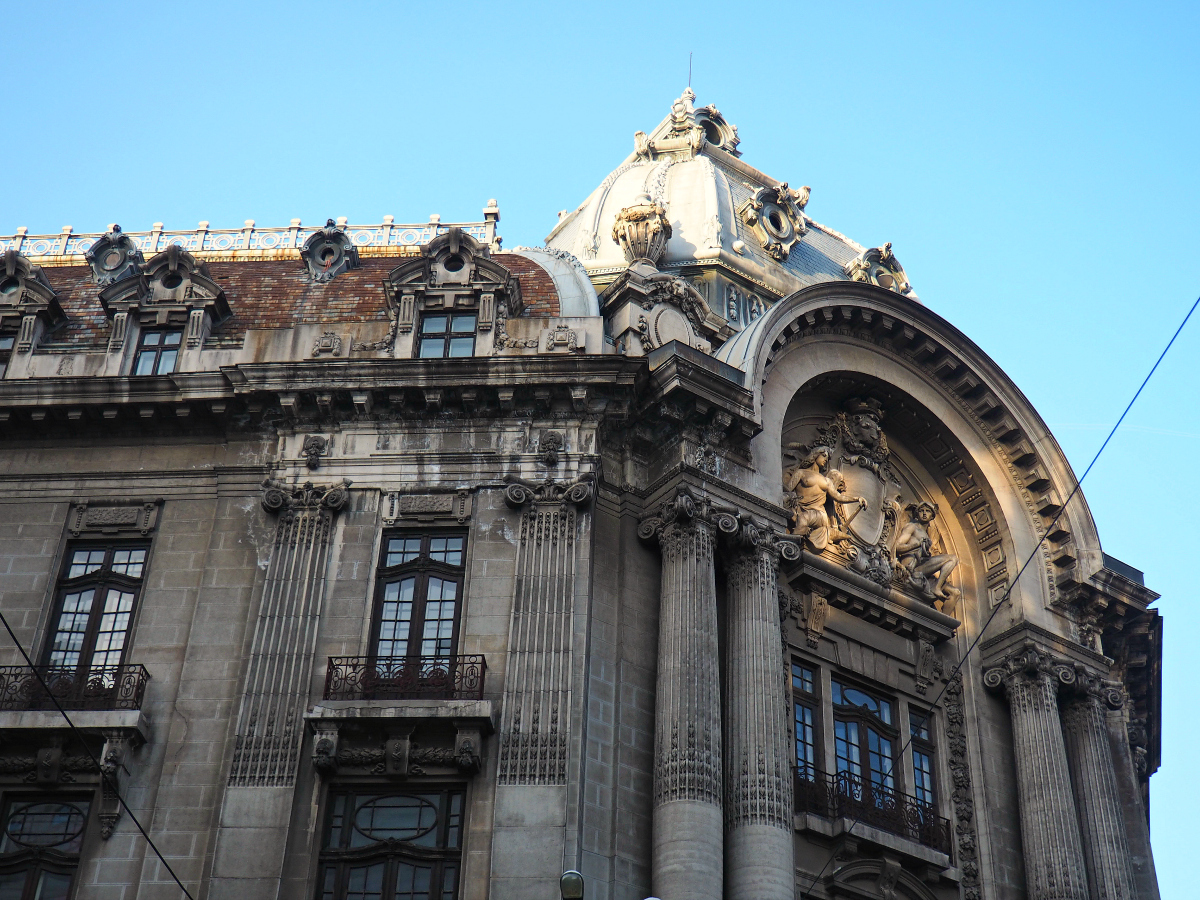 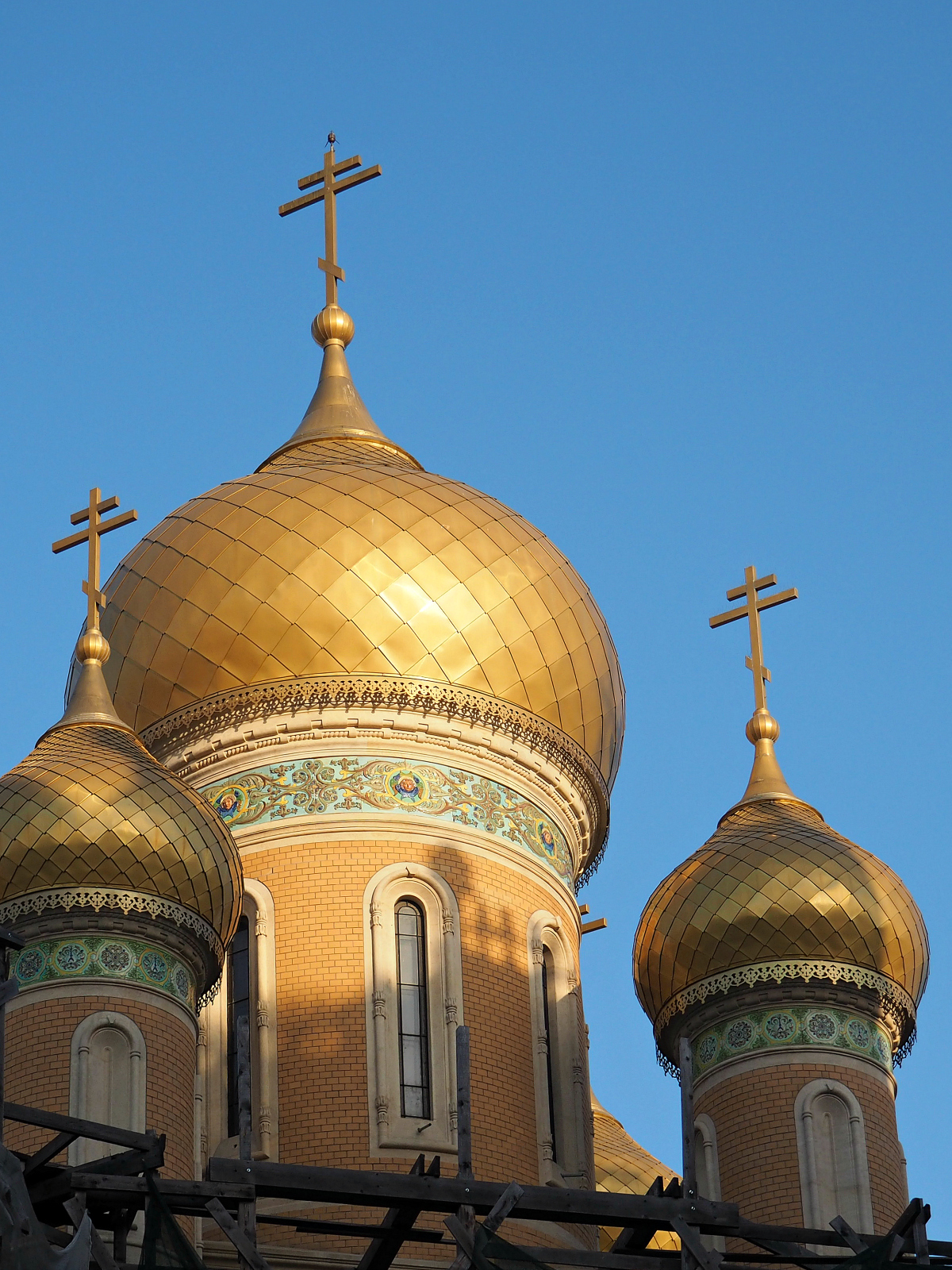 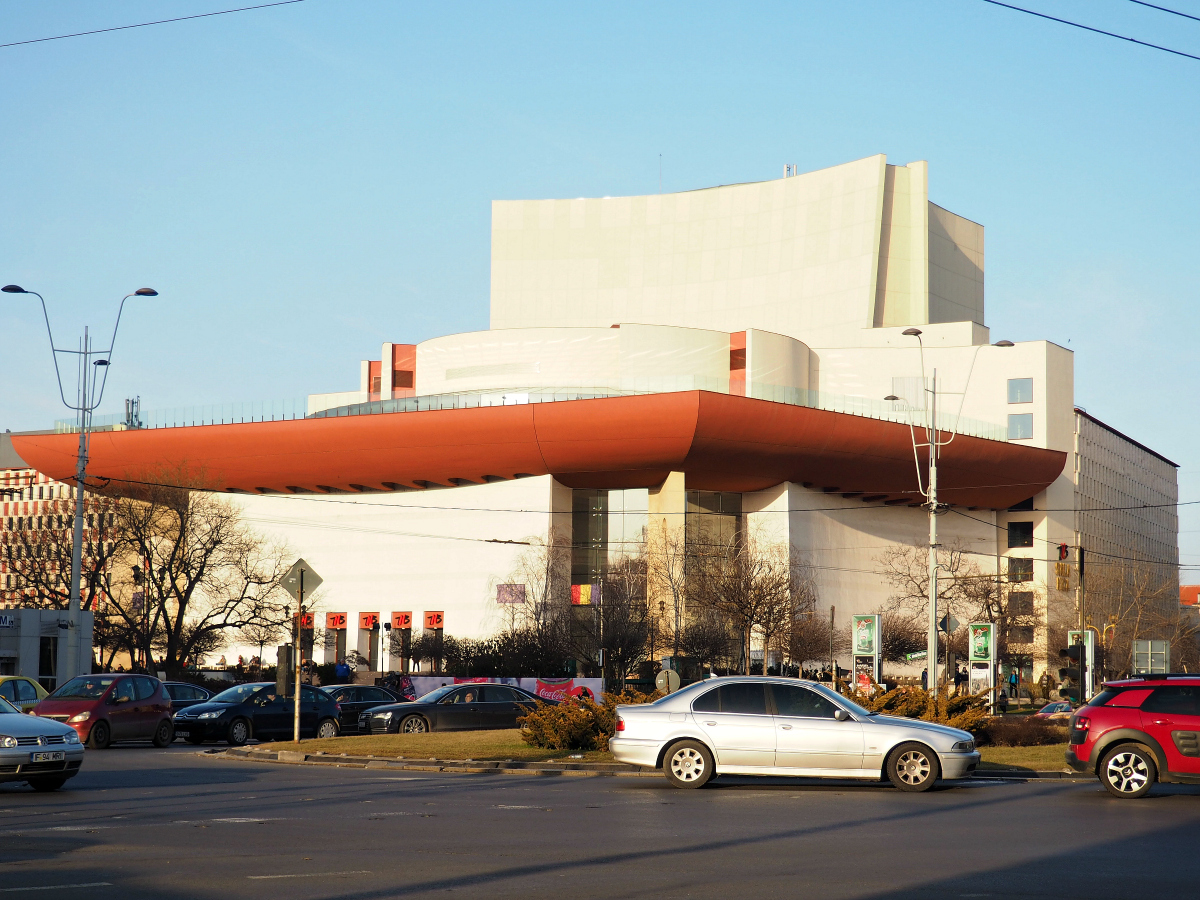 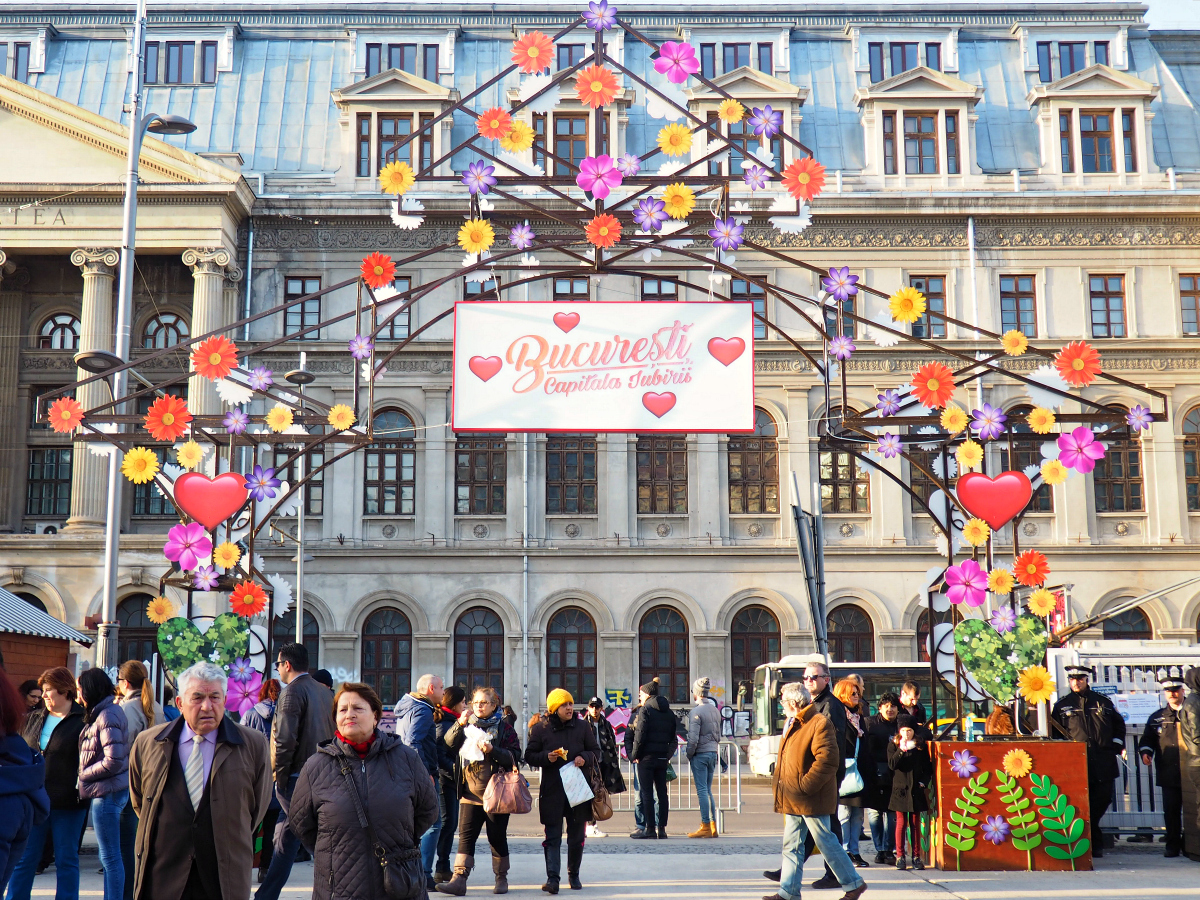 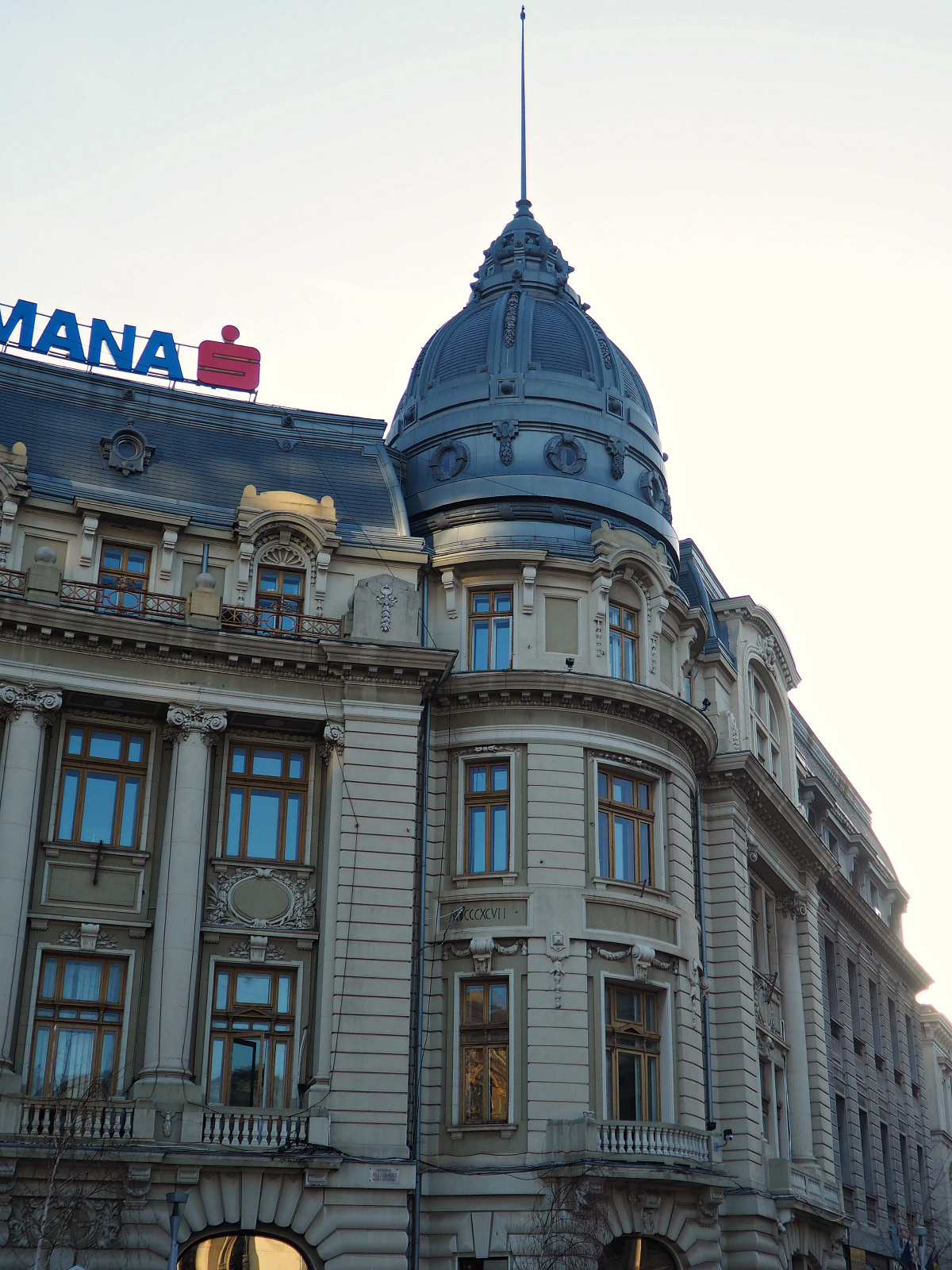 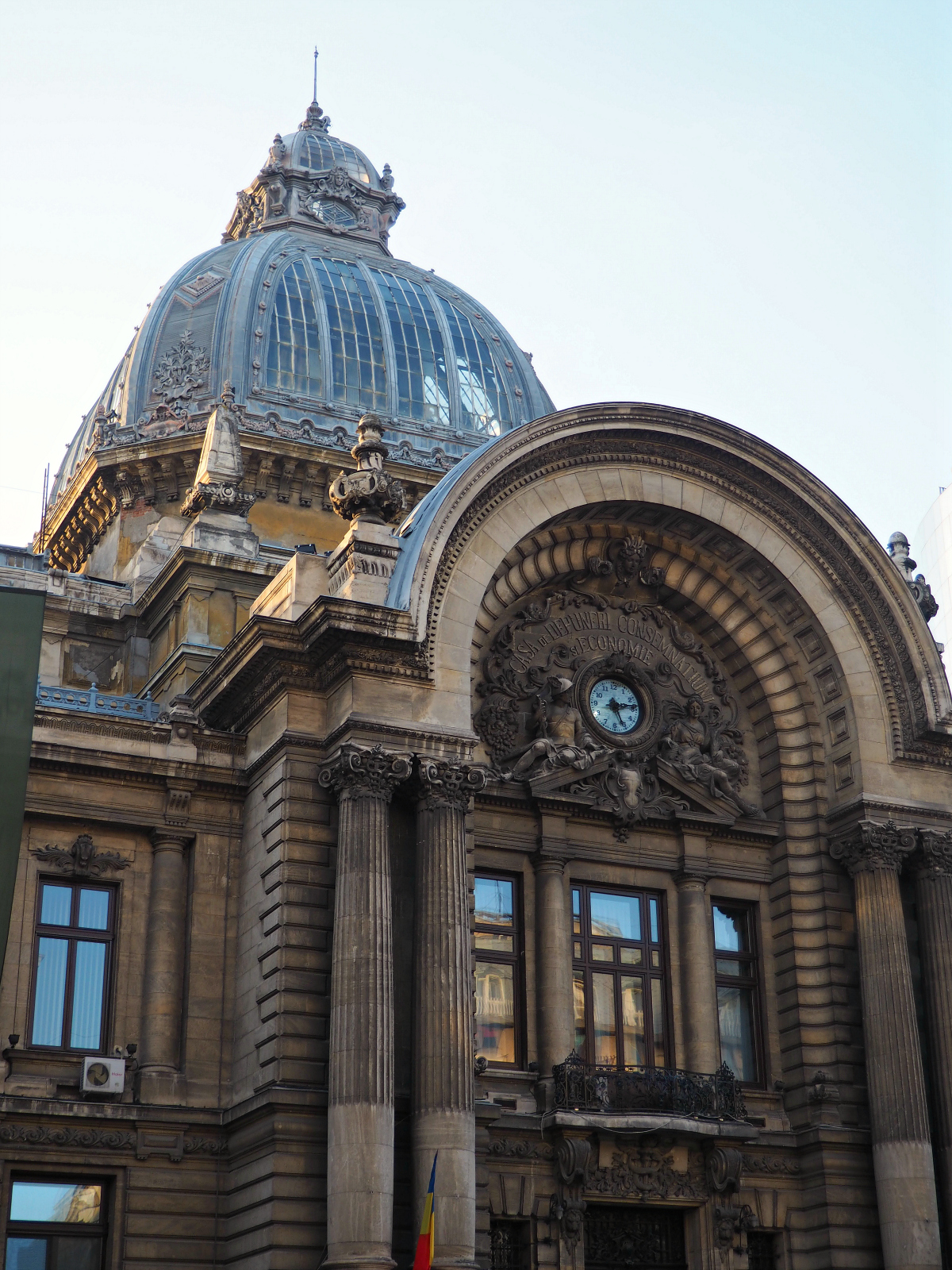 We stopped by the University Square that was very busy compared to the rest of the city. Also, the University itself seems very out of place with it’s more modern architecture. It was bustling with people buying sweet gifts from the mini log market stalls. We also admired the Banks of Bucharest. I love how the old bank is reflected in the shiny new bank. Our little wander also required some pit stops, for beer. The 1st stop was at the Old City Bar, where Milly became very good friends with the barman who got her up for a dance and gifted her with a naughty t-shirt. We also popped into Caru’ cu Bere, an absolutely beautifully decorated bar. 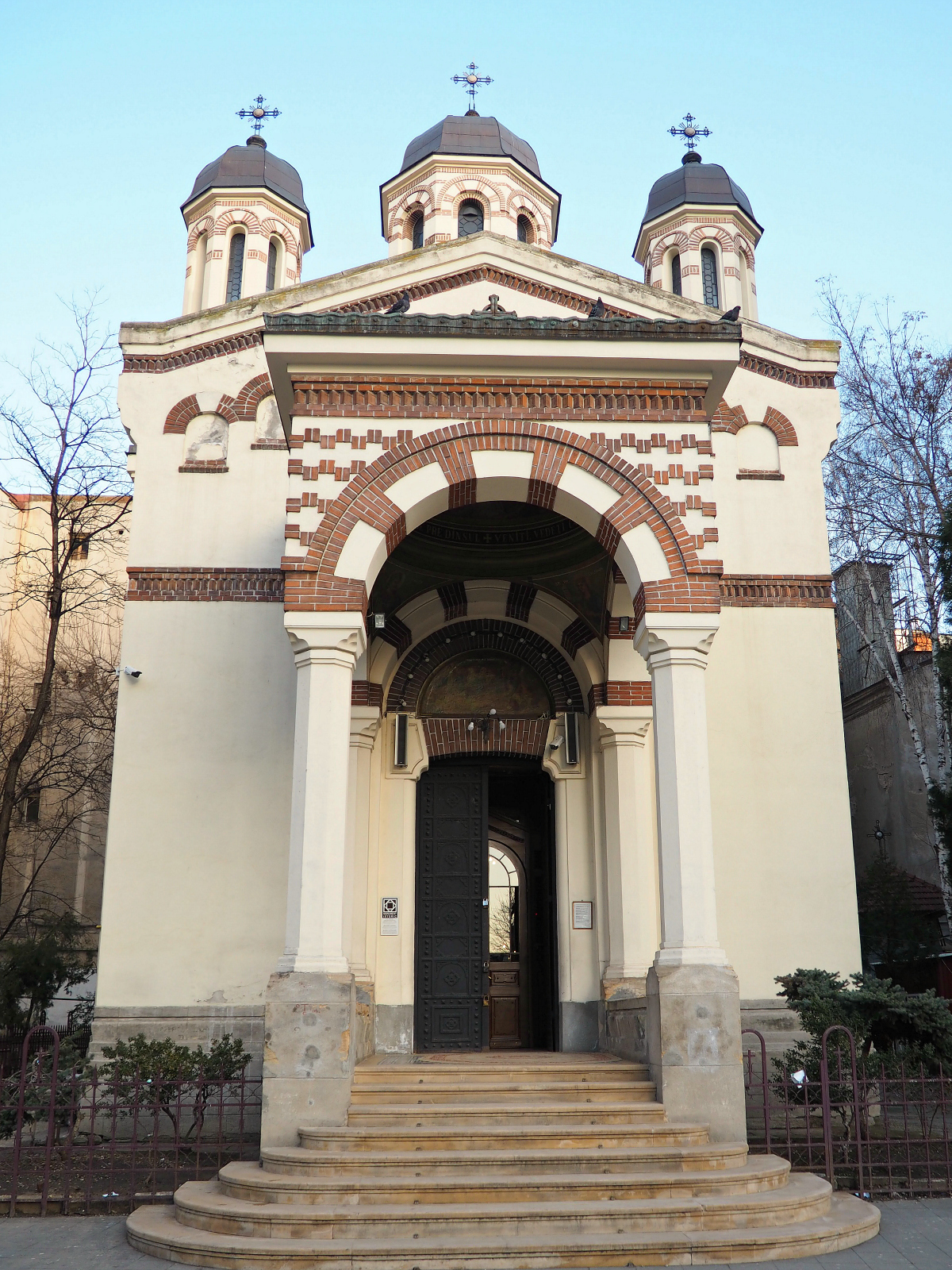 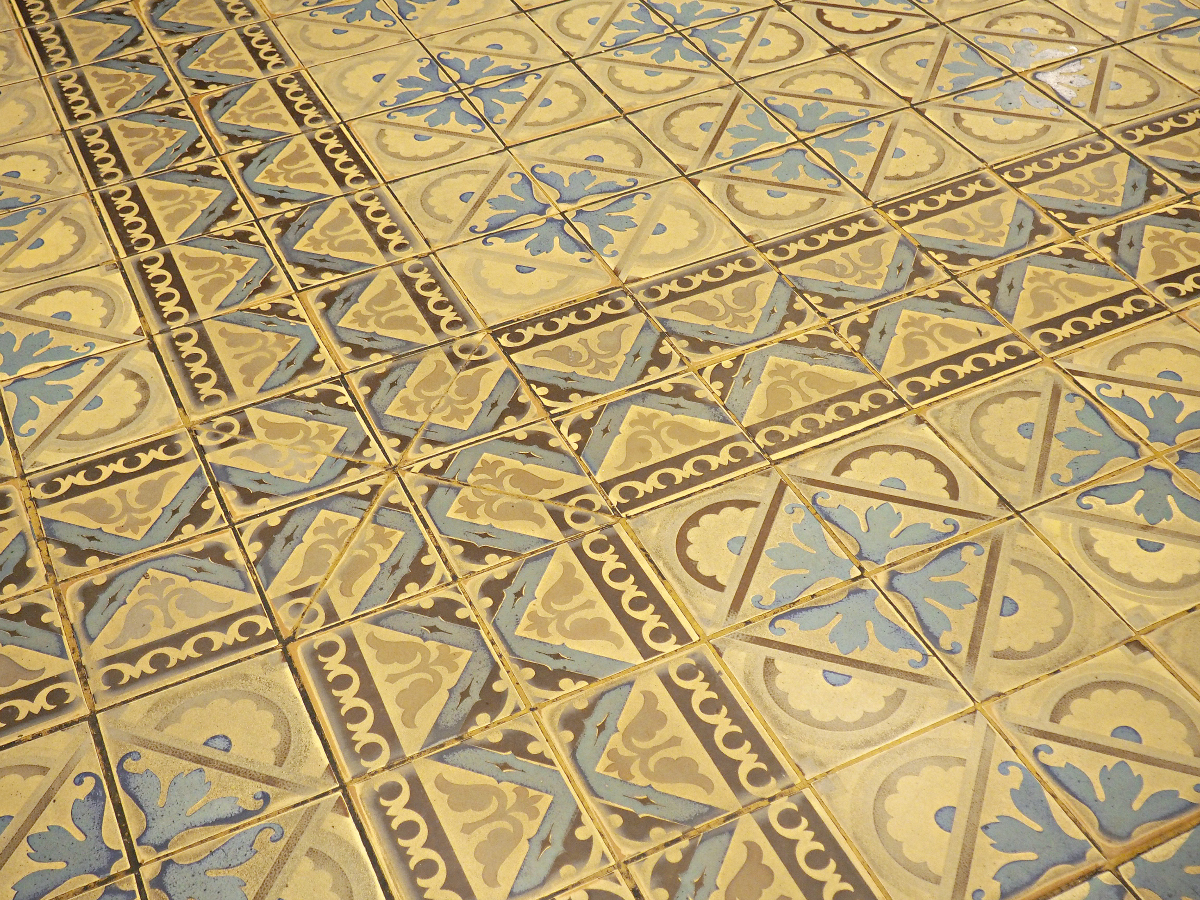 We then all made our way to Hanul lui Manuc, the oldest restaurant in Bucharest, where we tried to spend all of our leftover money and failed, but more on that in my food post!

Although it was just a fleeting visit, we managed to see a lot of Bucharest. I’d return for the super cheap beer alone! Bucharest is well worth booking for a mini weekend getaway as everything is inexpensive, even the flights!

Pin it for later